Outlined in this post is a masterplan for how to "take over the world!" — by compromising Zcash.1

The potential consequences of compromising Zcash's trusted setup range from the fairly benign (someone buys themselves a private island) to the cartoonishly evil. The worst-case scenario is literally people dying. Maybe even a lot of people. 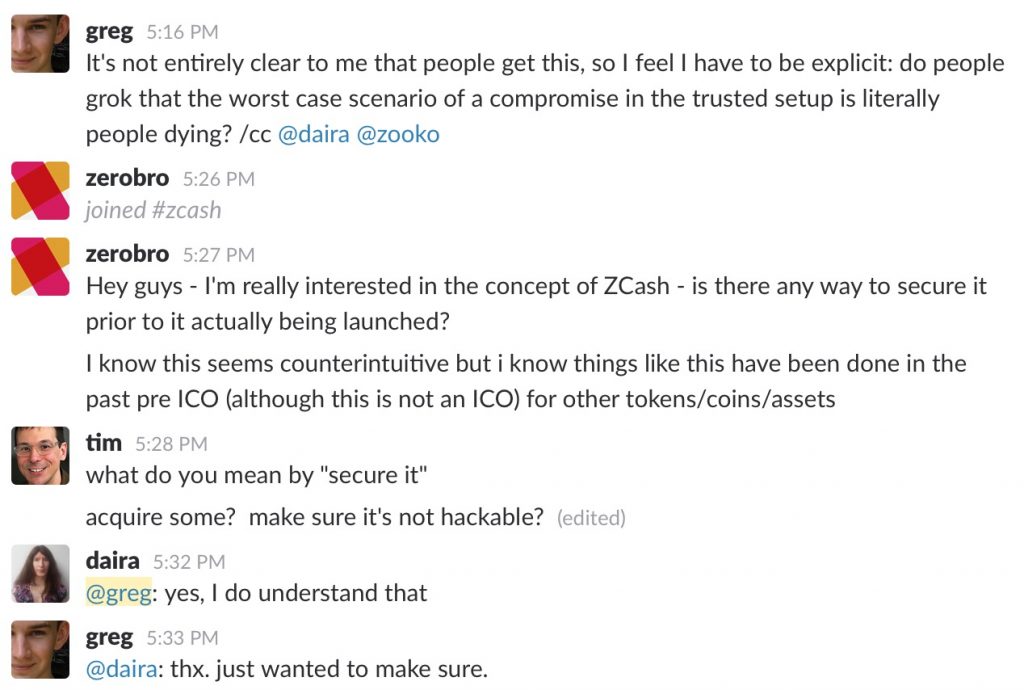 But to most people this is news, and it is wrong to advertise a cryptocurrency without informing them of the potential consequences. Don't expect the existence of our posts to be sufficient, for our voice has limited reach.2

If it's ever discovered that Zcash's trusted setup was compromised, the entire blockchain would probably be thrown out (and/or lose its value) because it would mean the whole thing is full of funny-money and nobody knows who has it or how much there is.

In the rare instance this problem is mentioned, it is referred to as "secret inflation" — a notion misleading to the point of being wrong. If the U.S. Government prints $1 trillion dollars in secret (meaning: nobody knows about it), then sure, technically "monetary inflation" occurs, but it has no immediate effect on the value of the dollar, and it might never have a noticeable effect. Those dollars are just as capable of financing wars as all other dollars, and their impact on the value of the token can be masked by any growth in the value of the currency.

It's also very important to understand that compromising the trusted setup grants one the general power to create certain types of false proofs that are accepted as true, of which counterfeit coins are but one result.

So please: don't just call it "secret inflation". Call it what it is: a potential "calamity" or "weapon of mass destruction"—not some euphemism but something that gets across the worst-case potential.3

Don't let fancy whitepapers fool you, the "at least one honest participant" thing in Zcash's trusted setup is security theater.

Congrats, you are the proud new owner of a fancy new form of anonymous digital cash that people think is safe and is advertised as being decentralized. Obviously, now that you control pretty much the entire monetary supply it's not really decentralized, but nobody has to find that out if you play your cards right. Zcash's crypto-magic will do its best to keep your little secret.4 🙂 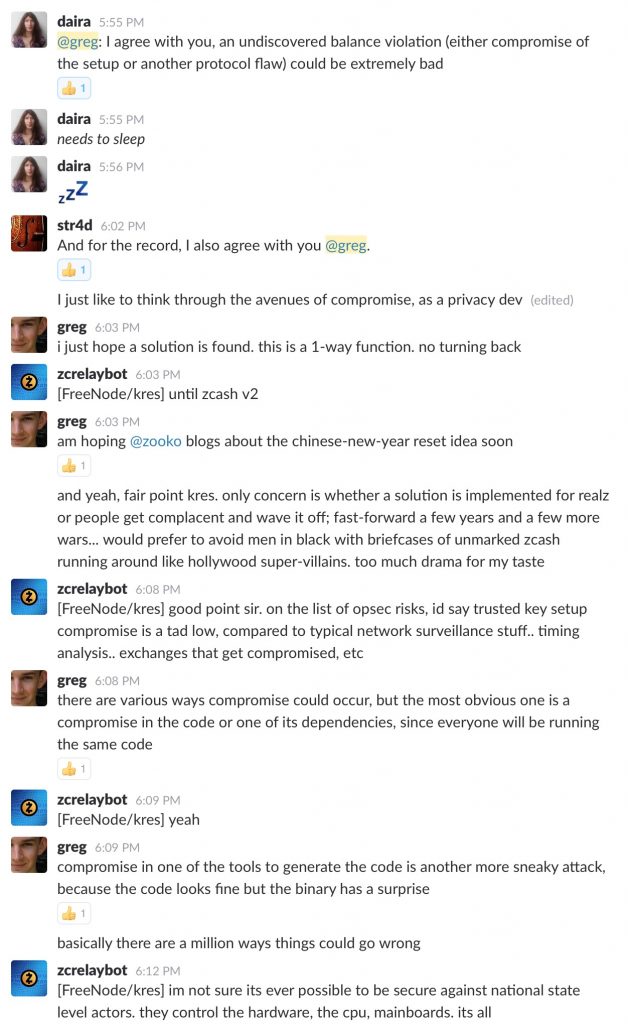 I have to admit that I failed to make adequately clear in our previous post that an audit is not enough. That post was written before I realized the (now obvious) central point of failure in Zcash's trusted setup, and that was before I watched as multiple experts looked and failed to detect the bug that caused the fallout from Ethereum's "The DAO" DAO.

In Zcash's current state: it is impossible to know whether a successful attack occurred. Unless a saboteur turns whistleblower, we'll know it was compromised only after damages have occurred. And the more valuable Zcash is, the more dangerous it is. There is no "Undo" button.

Zcash's potential value and its trusted setup creates a very strong incentive for nation-states to attack it. If you're a nation-state and one of your adversaries might get their hands on a dangerous weapon, then you have three choices:

"a targeted attack on a user would probably defeat any encryption tech available today."

"It does not help if you are specifically targeted."

"You can't secure against targeted attacks."

Both agree, you shouldn't trust it:

All of this is worth it though because there's no alternative, right? (Right??)

There Are Some Things Responsible Adults Don't Do

It's interesting to see Zooko publicly acknowledging these sentiments: 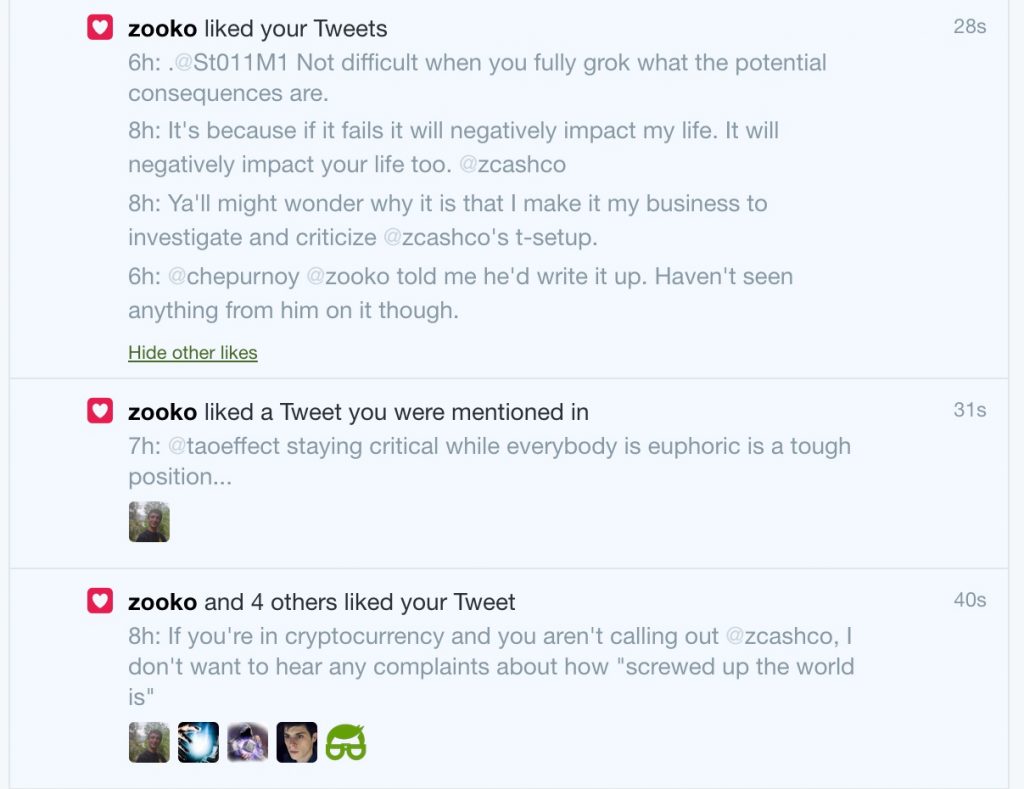 He's a great guy and part of me wonders if those notifications are an indication of a cry for help, but whatever the case, one thing is clear: we cannot be the only ones talking about this.6 So please speak up, demand better, and ask the Zcash team to follow their own advice.